Allison and Chris were both born and raised in Hitchin and have lived there all of their lives. Allison went to Hitchin Girls' School and Chris went to Hitchin Boys' School. In addition to degrees and post graduate certificates in Osteopathy, Allison holds a degree in Physics and Chris a degree in Computer Science, along with an HNC in engineering. Chris and Allison are both registered as Osteopaths with the General Osteopathic Council. We hold first class degrees in Osteopathy, having graduated from the College of Osteopaths at the top of our class in 2006. We completed post-graduate training in 2012 amongst other osteopaths, again finishing at the top of the cohort. We are Clinic Tutors and Lecturers at the College of Osteopaths. Chris became a Final Clinical Competency (FCC) Examiner in 2010 ensuring that graduating students meet the standards required by the General Osteopathic Council. We teach the next generation.

We do not have any reviews about Hitchin Osteopathy Clinic available right now.

This business has no reviews yet. 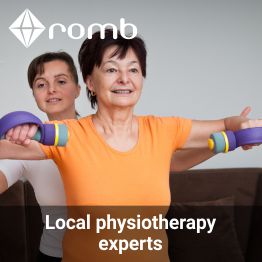